Posted on August 2, 2012 by fitzjameshorse

I know very little about British postage stamps but to illustrate this post, I have uploaded a photograph of Ireland’s 2012 Olympic stamps. 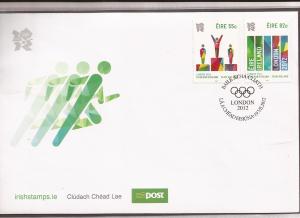 It was a long standing convention with most of the World’s “respectable” post offices that living people should not be portrayed on postage stamps. I tend to agree with that. Alas things change. In 1979, Ireland issued a stamp featuring Pope John Paul II to mark his historic visit to Ireland. Many stamp collectors felt this was a thin end of a wedge and Ireland has subsequently issued stamps depicting (among others) Paul O’Connell,Van Morrison, Brian Friel and Roy Keane. All very worthy but it is a hostage to fortune. Issuing a stamp after a person has actually died is a reflection on their entire contribution to a nation.

The decision therefore of the British Post Office to issue stamps depicting Gold Medal winners…….just one day after the victories is both understandable and regrettable. Already it is possible to go into one of five hundred post offices and buy a Bradley Wiggins stamp and the “women rowers” stamp.

In part the British Post Office is showing off its technology. Templates exist in six secure printing centres. A photograph of the winning athlete is then digitally……..er actually I dont understand the process at all…….but basically after printing, the stamps are taken in a fleet of vans accross Britain where they will go on sale in the five hundred biggest offices.

What can possibly go wrong? Well bearing in mind that…….ahem tests will be carried out…..it might have been better to wait (say) three days before rushing out the stamps. You get my drift here?

This entry was posted in Uncategorized and tagged London Olympics, Philately, Postage Stamps. Bookmark the permalink.