So here is an odd thing. An Election conducted on Proportional Representation. And two posters.

Take Cat Seeley, one of two Sinn Féin candidates in Upper Bann. Seemingly she has been designated to get the #1s in Lurgan area. But her posters indicate that her supporters should give second preferences to running mate, John O’Dowd. 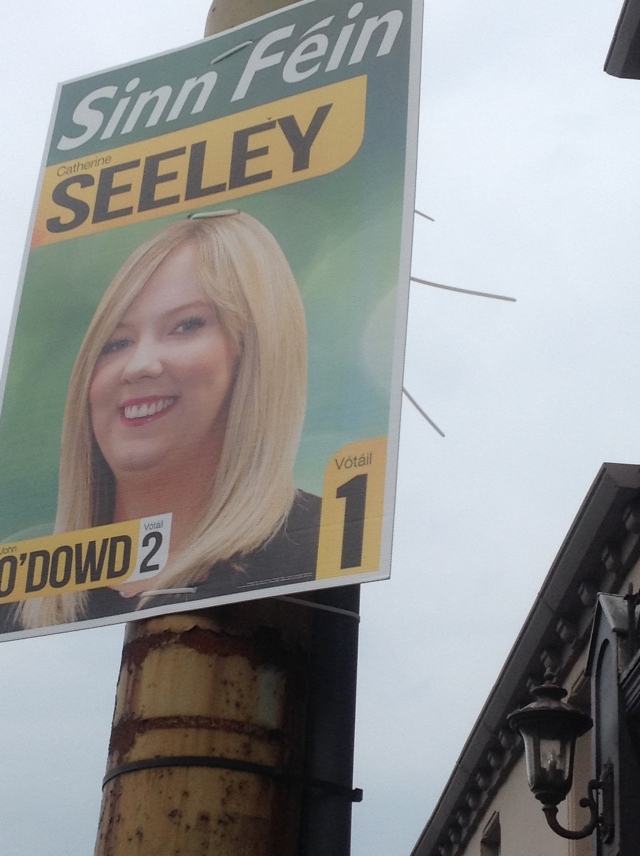 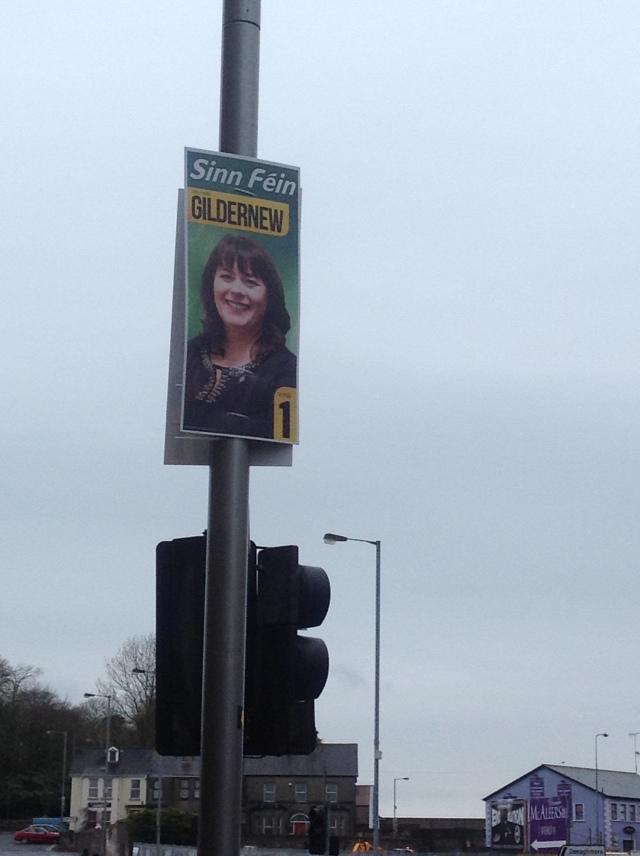 Contrast this with former Fermanagh-South Tyrone Sinn Féin MP, who was left off her Party’s three man (sic) ticket. All of the chosen candidates were from Fermanagh. Ms Gildernew was added at a second convention. Not surprisingly, she has been allocated the South Tyrone part of the constituency.
But curiously all of her posters (and Dungannon had a lot) does not offer any guidance on second, third and fourth preferences. It is a very curious form of vote management.

8 Responses to A Tale Of Two Sinn Féin Posters