Posted on August 5, 2014 by fitzjameshorse

So….August. Its the Silly Season and over on Slugger O’Toole , Mick Fealty is making his annual appeal for a new flag for Norn Iron. Something with which we can all identify.

I cant log in to Slugger and comment. I am a technophobe and all those new changes are just too complicated for an old fogey like me. So I have to say it loud and clear ….as Brian Feeney in An Feile lecture said yesterday…Norn Iron is not a country and does not have a flag and as Commonwealth Gold Medalist Paddy Barnes said “Its not my anthem”. 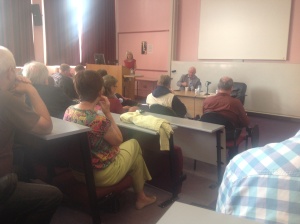 Bizarre happenings at the Commonwealth Games. A boxer from Norn Iron wins his opening contest and the TV catches some supporters waving the Irish National Flag. So next night, another Norn Iron boxer wins and TV captures -an obviously placed Dame Mary Peters waving a Norn Iron Flag…..actually technically there is no such thing as a Norn Iron Flag. it is merely a banner invented in the 1950s. it has absolutely no official status.

Yet with the Scottish Referendum on Independence just next month…flag protocol at the Commonwealth Games …in Glasgow, Scotland was a bit tricky. Scottish Flags bearing the word “YES” were banned from venues. It was deemed a political message. Yet Flags of Britain (the so called United Kingdom) were permitted. Surely waving a “Union Jack” is at least as political. Britain or United Kingdom…doesnt actually have a team in the Commonwealth Games (England, Wales and Scotland competing in their own right) so it looks like the “establishment were …as usual….operating double standards.

Not surprisingly, a Nationalist like myself has no problem with the Norn Iron banner in a Commonwealth Games setting.  To put it simply…it is MEANINGLESS. The LetsGetAlongerist dream is based on Norn Iron having MEANING.

Let me state this as clearly as I can….I hate, loathe and despise “Norn Iron”. I hope that as an entity it is someday confined to the dustbin or sewer of History. Necessarily I have to make compromises with it all. But my commitment to Norn Iron is non existent and my involvement is minimal.

There is a 1950s musical….Brigadoon…starring Gene Kelly. The unlikely premise is that a Scottish village becomes visible for only one day …every one hundred years.

Well at the Commonwealth Games, Norn Iron becomes visible for two weeks every four years. I can tolerate that…especially when Gold Medal winning boxers like Paddy Barnes and Michael Conlon (already medal winners at London in 2012 for….IRELAND) are getting better with every performance and have Rio 2016 or professional careers in their sights.

It is of course wrong to burden sportspeople (often apolitical) with OUR aspirations for them.

But the sense of gain or loss that we feel when one sportsman or sportswoman opts for a nationality (a right enshrined in the Good Friday Agreement) is pathetic.

We must not put our Irish or British choices above their choices. Nor must we find a way (anthem and flag) which makes the athletes compliant with a LetsGetAlongerist fantasy.